I know there are many times  we as men fall and stumble in being a good dad or a good husband. Our hearts desire it but our heads lead us down different paths that can  read more

Friend of Kids,
One of the most difficult things we have faced in our ministry since the early years of 2001 has been in requesting money. read more

Dr. Ken R. Canfield was founder of the National Center for Fathering, and served as NCF’s president and CEO from 1990 through 2005. His work has been recognized in a variety of ways: He has been a consultant to state and community officials on ways to engage and equip fathers in local programming; served as one of the founding members of former Vice President Al Gore’s private-sector “Father to Father” Initiative; and was awarded the 1993 Father of theYear by the National Congress for Men and Children. He is the author of The Heart of a Father (Northfield Publishing – 1996, 2006), and numerous other books including the award-winning 7 Secrets of Effective Fathers (Tyndale – 1992, 2002). Canfield has been interviewed on The Oprah Winfrey Show, NBC’s Today Show, ABC’s World News Tonight and numerous radio programs as an authority on fathering skills

Thank you for contacting us! If needed, you will hear back within 48-72 hours. 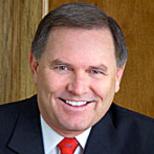